The Leap Stories #90: Georgina McEncroe – from teacher to the tech founder

Georgina ‘George’ McEnroe is the phenomenal woman behind Shebah, the Australian, all-female rideshare service. Think of it as lady Uber – owned by a woman, recruiting only women drivers and only taking women passengers and children. As a single mum of four kids, George created the service she needed, and in doing so created an economic platform, transport infrastructure and social support network needed by others too. Launched on International Women’s Day 2017, Shebah honours the particular needs of women and children to move through the world safely.

‘Catching a Shebah means sitting in the front seat of the car without feeling vulnerable, no longer feeling limited by the time of day, knowing that your little one is in safe hands when you can’t drop them off and so much more. Our passengers are ecstatic that they no longer have to dread the end of the night and figuring out how to get home safe.’ shebah.com.au

Shebah not only exists as a commercial enterprise in its own right, it also donates to a number of charities working with women and families. Whenever you ride with Shebah, you support women in business as well as women experiencing homelessness, help young people learn about respectful relationships, and help people struggling with anxiety and depression around parenthood. Every ride you take with Shebah makes a difference.

George is multiple leap taker leaping from writing to teaching to stand up comedy to breakfast radio to self-funded entrepreneur. Each leap building not only her courage muscle, but her pragmatism on doing life and her fierce commitment to empowering women.

The sheer guts and determination to launch a competitive service in a space dominated by one of the world’s most recognised, disruptive and financially backed brands are not to be underestimated. But it also talk speaks to the importance of recognising niche needs and going for it. Just because there’s a dominant player in a market, doesn’t mean there’s no room for anyone else, it just means they proved the concept works. And there is always space for businesses who address unmet needs in a marketplace.

What needs do you have in your life that aren’t being met in ways you wish they were? What are your hunches? What do you wish existed but doesn’t? Take your ideas out for spin and see what direction they take you. They might just lead you to a leap of your own.

Reminder: Coming to our Give Thanks Dinner on Sunday 26th? Tickets close Monday 20th at 9pm. Grab your ticket and book your Shebah ride now.

A nun because I thought I could be useful. I also wanted to be a comedian, and a singer and an artist.

Putting all my money into building the Shebah App. 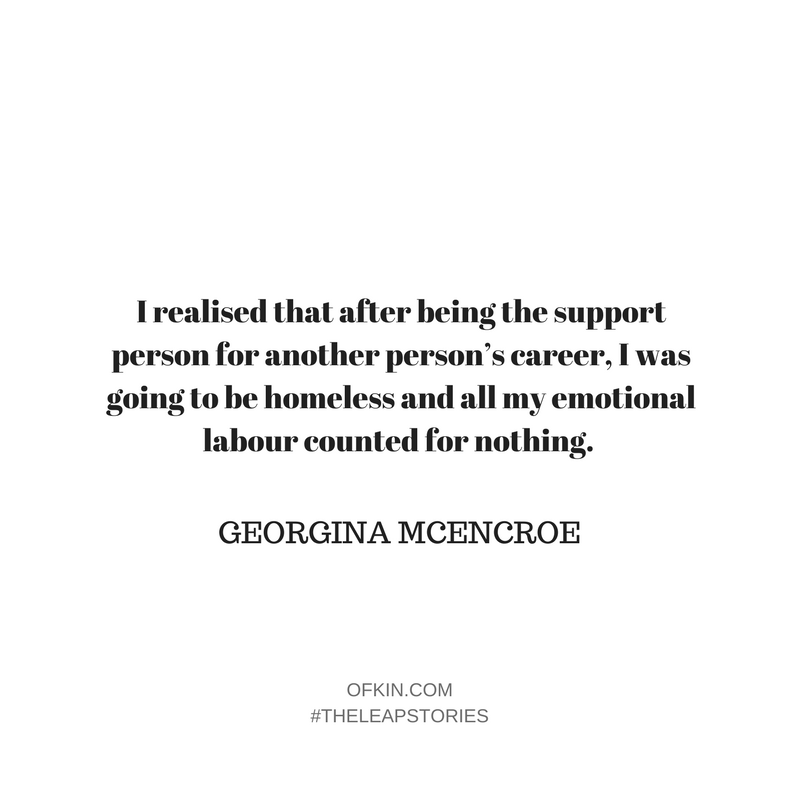 I was teaching, writing, editing, performing stand up, broadcasting and teaching teachers how to teach.

My grandmother Moppy, my friends and my children.

A massive gaping void where a home should have been. 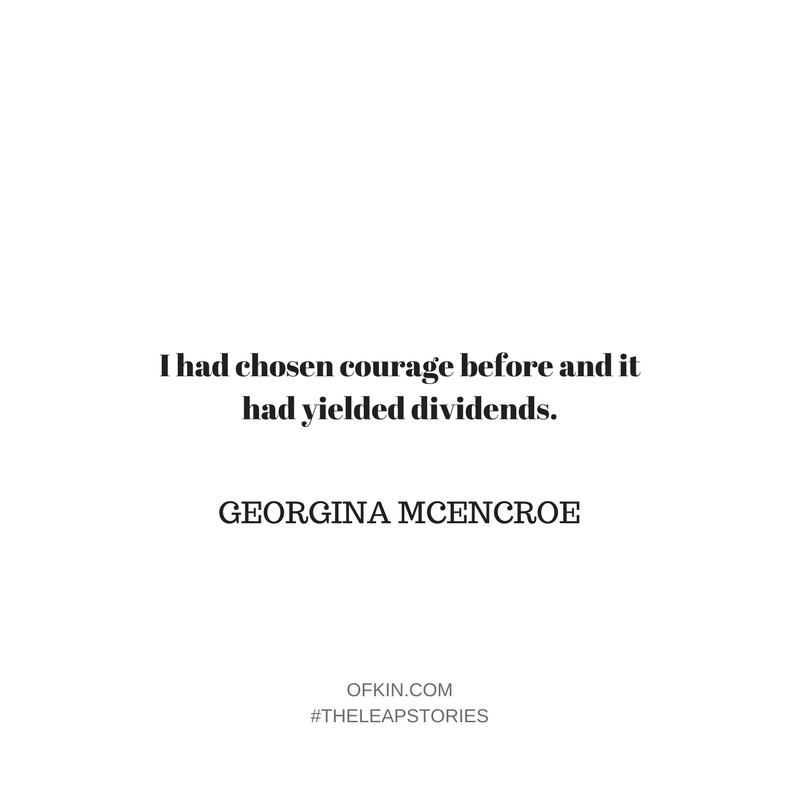 I was juggling four kids, working four jobs and going backwards financially. I realised that after being the support person for another person’s career, I was going to be homeless and all my emotional labour counted for nothing. My children could read, count, make friends, tie their shoes, eat with a knife and fork but no dollar value could be put on that time and all the hours that get devoted to that care. 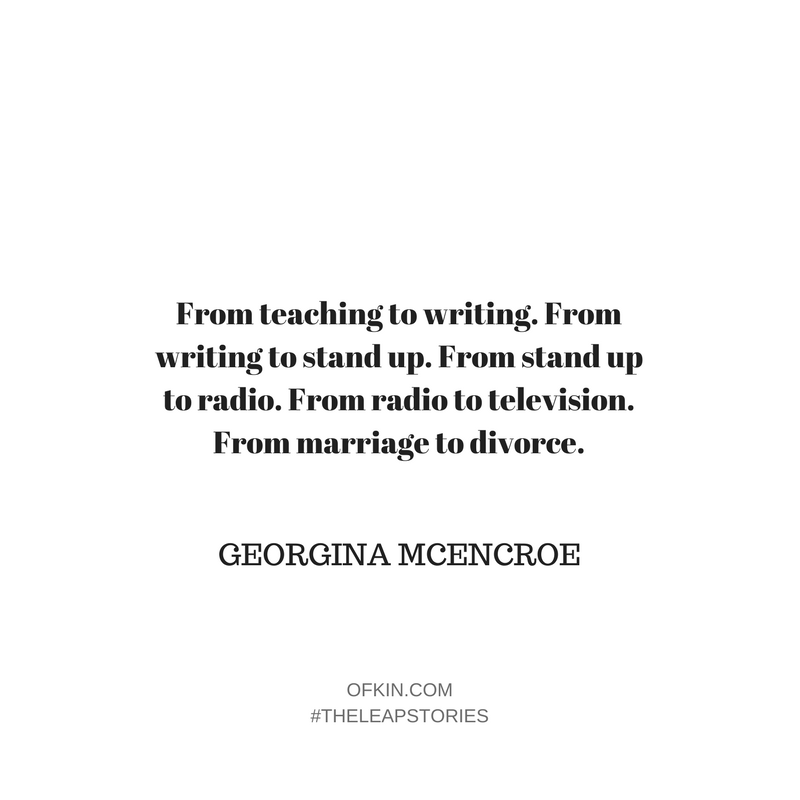 I had chosen courage before and it had yielded dividends. When I started stand up I was 34 and thought that if I don’t give it a go the pain would be far worse than trying and failing. That bravery led me into radio which led me into a great period of creativity and fun. I was working at Triple M Brisbane breakfast doing the radio spot within six months of starting stand up. I’d have lived there forever if it had suited my husband.

With the sale of the family home.

From teaching to writing. From writing to stand up. From stand up to radio. From radio to television. From marriage to divorce.

I really resented giving up my job teaching. I had to let it go because the childcare costs exceeded the wages I was earning. It broke my heart. But it led to other things and nothing is wasted.

I am most fearful of something happening to my kids and I deal with that by saying to myself, ‘I live in a country not at war, there is fresh water in the taps, there is sanitation, there are good hospitals and worry never got anything done.’

Being authentic and courageous is its own reward. I can’t say it more simply than that.

Exhaustion and not being as available to my kids as I once was. I love learning new things so that’s heavenly but dropping the ball domestically makes me anxious.

Going international or running for parliament. 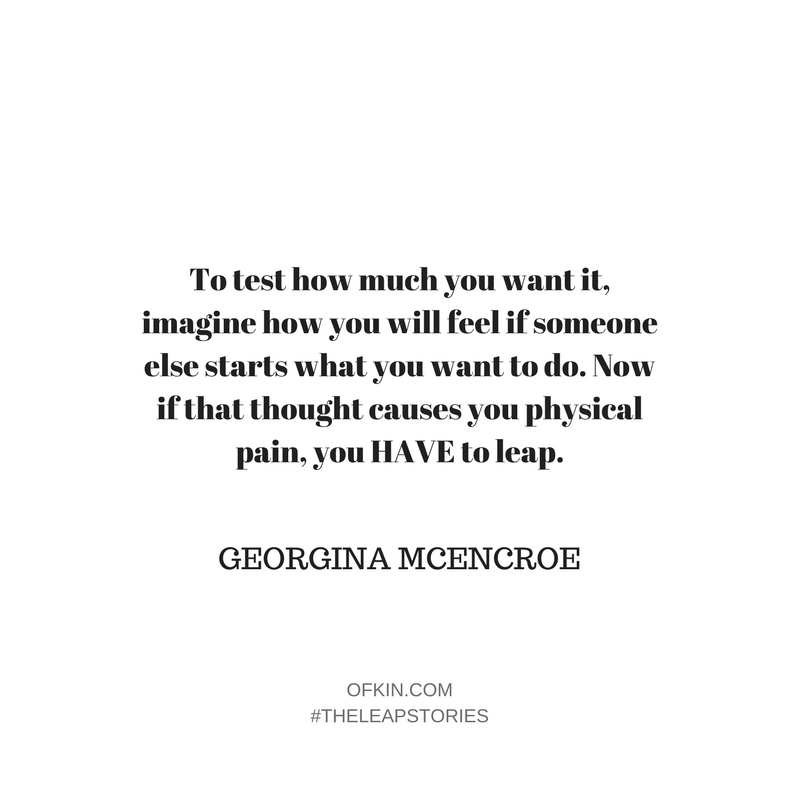 ‘Fortune favours the brave’ and ‘you can’t win with frightened money.’

Any woman who puts her head over the parapet. I am so aware of the obstacles all women face in politics, academia, business, media…I just find inspiration everywhere I go. 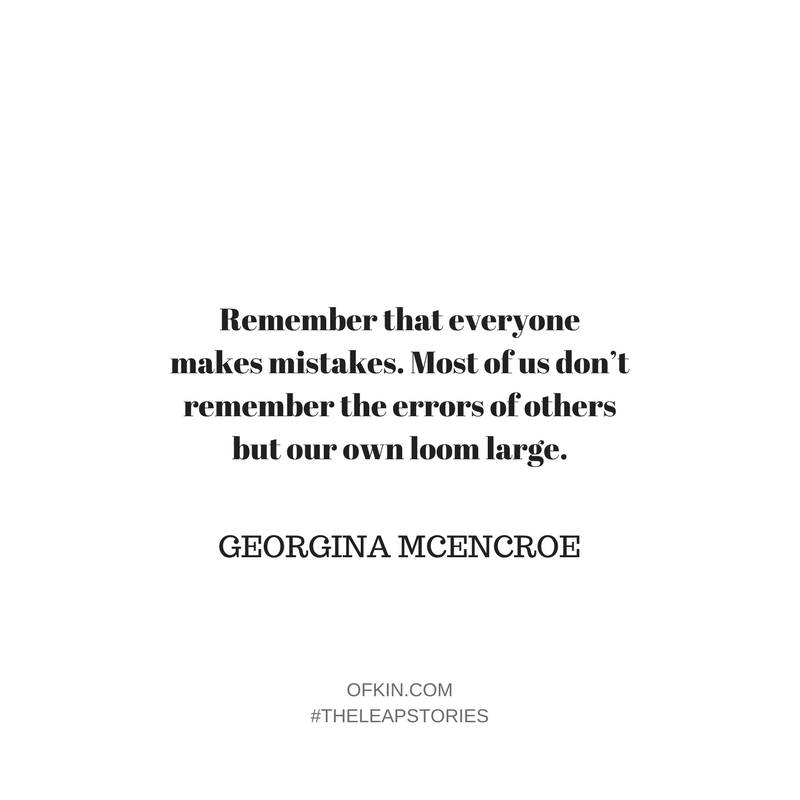 Ok. To test how much you want it, imagine how you will feel if someone else starts what you want to do. Now if that thought causes you physical pain, you HAVE to leap. If not, relax and enjoy the show.

What question did I miss about your leap? And what’s your answer?

Remember that everyone makes mistakes. Most of us don’t remember the errors of others but our own loom large. If you can read out the wrong name for Best Picture at the Academy Awards, and the world keeps turning, don’t let a small fuck up ruin your day or even your hour. We are all going to die and perspective is your best asset.

Perspective taking is an essential leap practice. Stand outside of your life as it exists right now and consider how it could be if curiosity, authenticity, connection, meaning and contribution were driving it. Change the voice that says ‘not possible’ and turn it into ‘how might it be’.  Take the energy of proving how it won’t work, to fuel the possibility of how it could.

p.s. Tickets for our Give Thanks Dinner close Monday 20th November at 9pm. We’d love to have you sit with us. Grab your seat here.