I’ve only ever once shouted to a man across an isle, ‘hey, nice balls!’ and that was when I saw Sam Davy’s edgy, graphic-designed soccer balls on show at a boutique trade fair earlier this year. But the design of Sam’s soccer balls was only the beginning of his story. Turns out, Sam’s company PARK Social Soccer Co. is a socially conscious soccer brand focused on helping disadvantaged kids through a sport they love.

PARK partners with local charities, to get soccer balls onto the feet of kids that need them most through its Pass-A-Ball Project, a one-for-one model where for every PARK Soccer Ball purchased, an identical ball is passed on to a kid in need. So far, the 18-month-old business has donated over 1,000 balls to kids in eight countries. Their impact partners include The Surf Girls (Bangladesh), Street Kids (Lombok), Orphfund (Uganda & Sierra Leone), the Pararoos and the Asylum Seeker Research Centre.

PARK’s social impact is directed at 4 of the 17 UN sustainable development global goals set to transform the world by 2032: no poverty, good health and well-being, gender equality and reduced inequalities.

Sam does not have a social entrepreneurial background. In fact, prior to starting PARK, Sam was the Global Creative Director for Apple in California for over five years, where he had the chance to work with Steve Jobs. When he and his family decided to move back to Australia, he became the brand manager for Crumpler (where he met PARK’s co-founder Tara Montoneri), and later the Director of Tennis at Tennis Australia.

But Sam had been sporting the idea to start PARK for nearly five years, and actively working on it for nine months on the side. With a combination of timing and his wife’s encouragement, he took the leap to kick it off and make it a reality. In Sam’s wife saying ‘I believe in you’, Sam felt supported to in turn say to kids in need, ‘I believe in you’ too. Imagine what the world might look like if we all passed that kind of love of support around.

Buy a ball or three here. 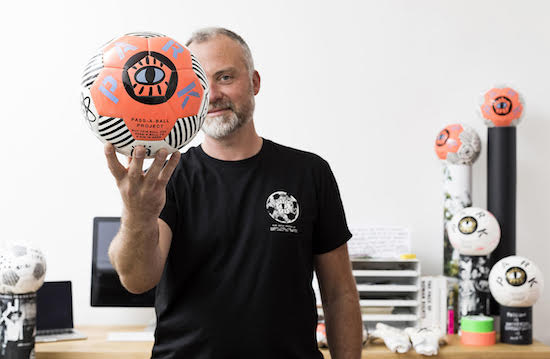 Sam Davy is the co-founder of Park Social Soccer Co – a social enterprise with a focus on helping disadvantaged kids through soccer.

Helicopter pilot. Forestry worker. Graphic designer because my high school art teacher told me what one was and I thought it sounded cool.

I studied graphic design at university in the UK. For the last eight years I’ve been studying soccer coaching and how to inspire young minds. Far harder than uni!

There have been two. The first, leaving a good role at Apple in California and moving to Melbourne with my family.

The second was deciding to start up a business from scratch with a wife and three kids to financially support.

I was contracting at Tennis Australia as their Director of Tennis. It was interesting but not for me. I’d been working on the startup idea for about nine months and the stars aligned and I thought if not now, then never. 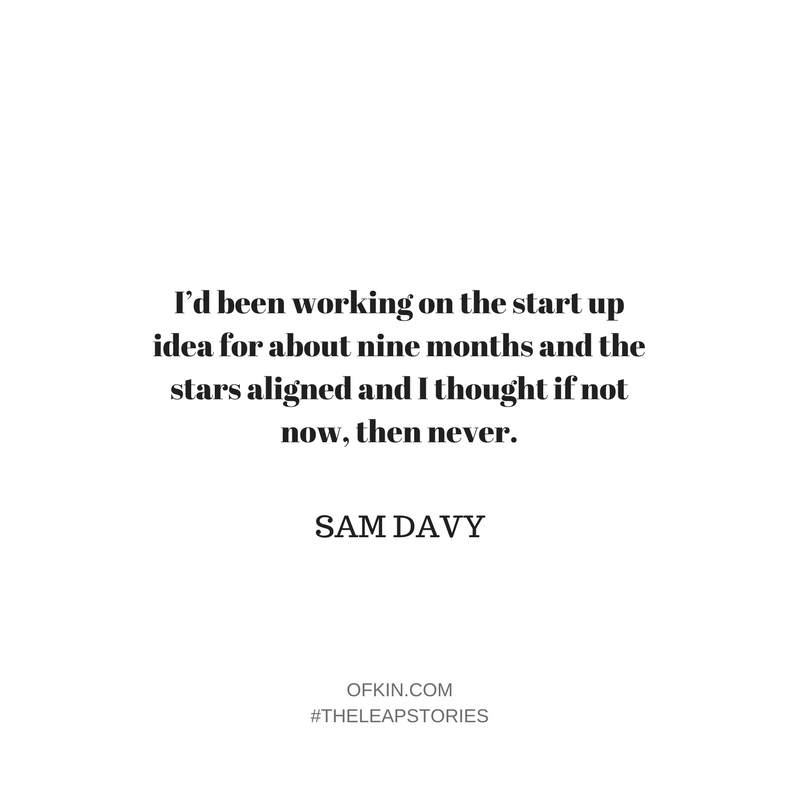 Robin Richmond: he gave me my first design job in London in 1995. He taught me so much about what it means to be a designer in a commercial environment. And introduced me to design history, how the discipline has grown and developed.

David Begler:, my creative partner at Apple, an amazing writer and total legend, we had so much fun coming up with campaigns.

Steve Jobs: working with Steve was unreal. Seeing how he worked, assessed design and thought through ideas was a once in a lifetime opportunity. I would meet with him weekly and go through the strategy and campaign ideas for the upcoming products.

A good idea, a working prototype and manufacturing partners, and a pretty good idea of how to get it moving. 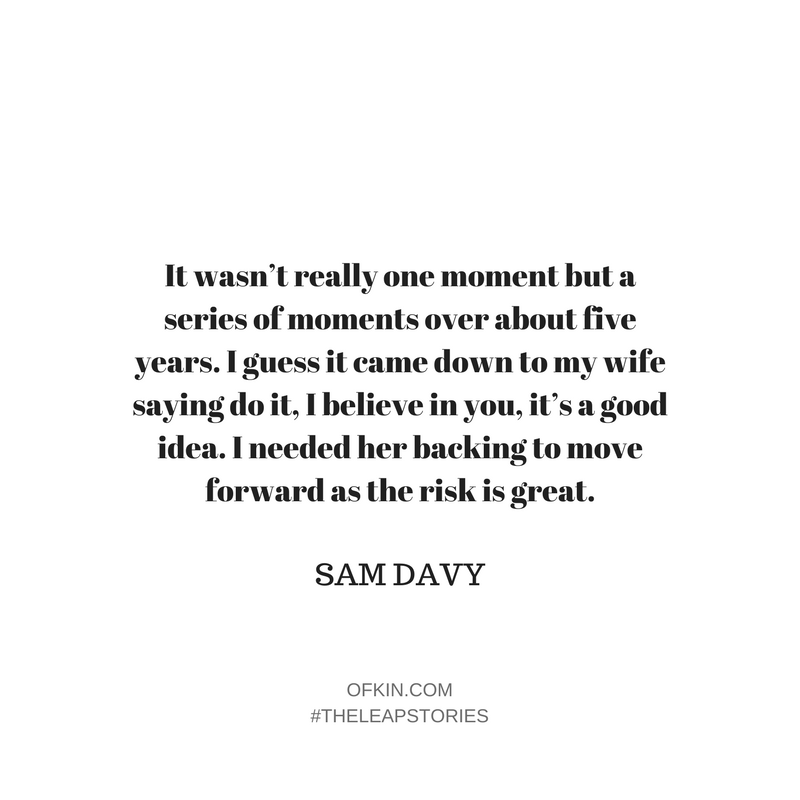 It wasn’t really one moment but a series of moments over about five years. I guess it came down to my wife saying do it, I believe in you, it’s a good idea. I needed her backing to move forward as the risk is great.

I don’t think I can ever overcome the fear, but I’m learning to live with it, embrace it and let it help me drive the business forward. Choosing courage comes down to not having other favourable options – having to. And wanting to push yourself to do more – needing to. 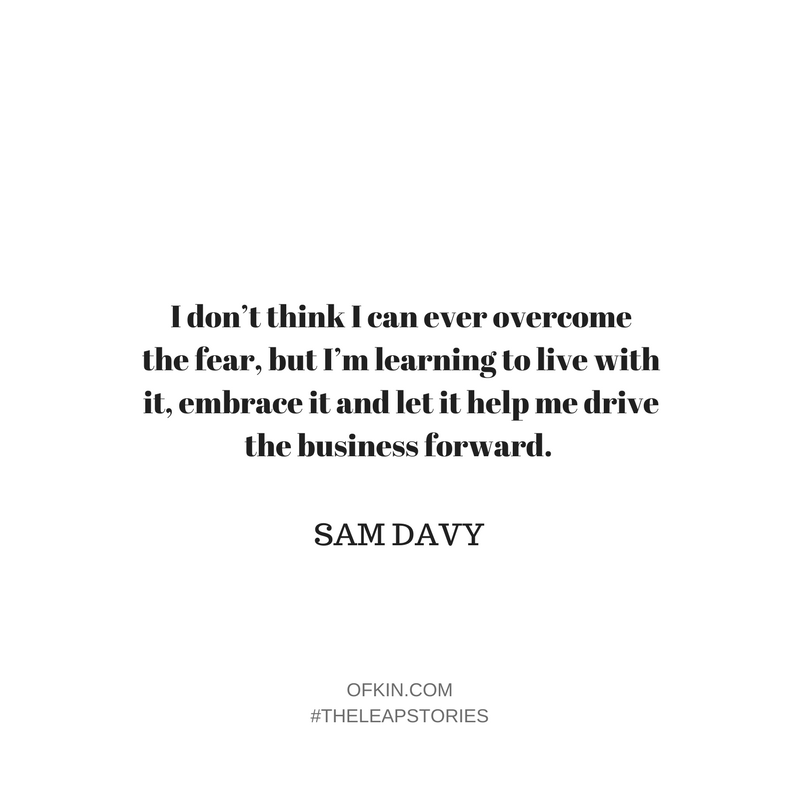 Savings, and some consulting work.

I’ve had a few previous ideas for businesses but never taken the leap. 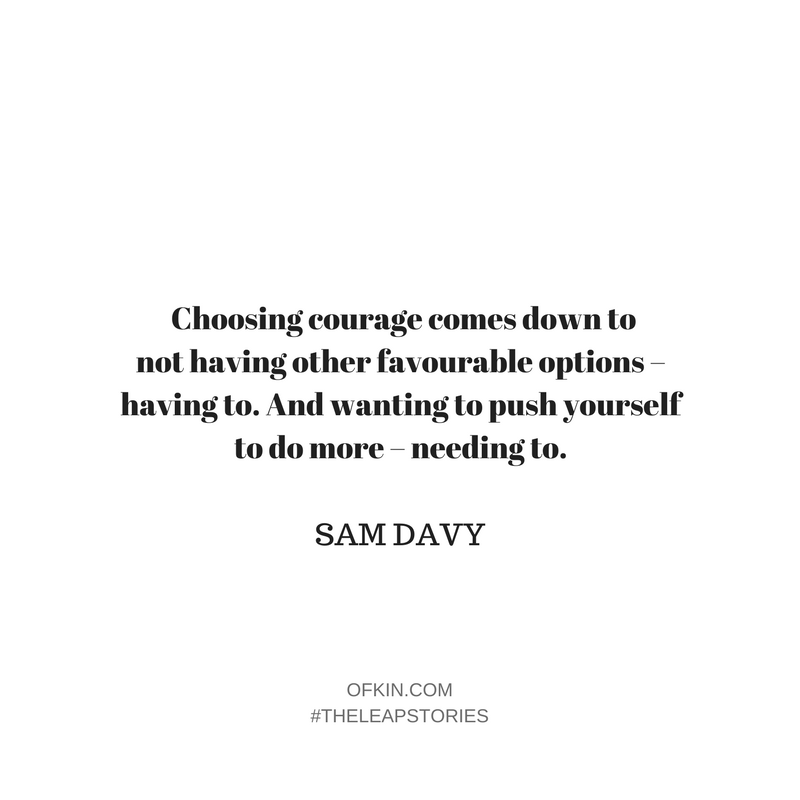 I get to decide what I do every day. The control is liberating and scary at the same time.

Just the down days or weeks, when the phone stops ringing or the emails aren’t coming in. I just try and keep pushing forward, email someone, make a call, go for a run, have a random chat with someone. It always loosens up. 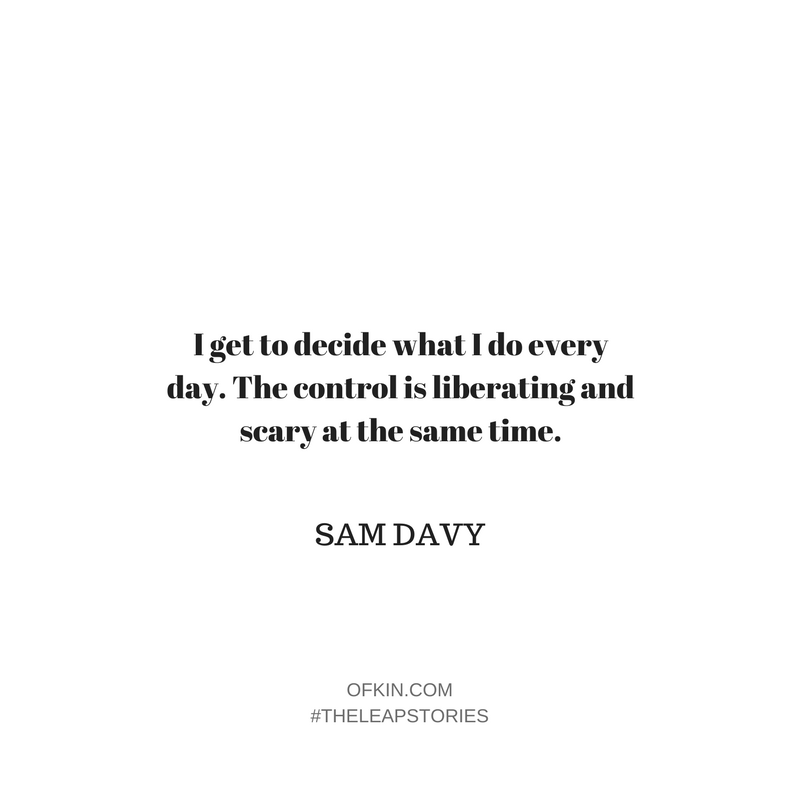 No idea yet, still trying to make this one work

Embrace the itch, listen to it, talk about it with trusted friends or family. Start to put some context around what it could look like. Don’t ignore it. 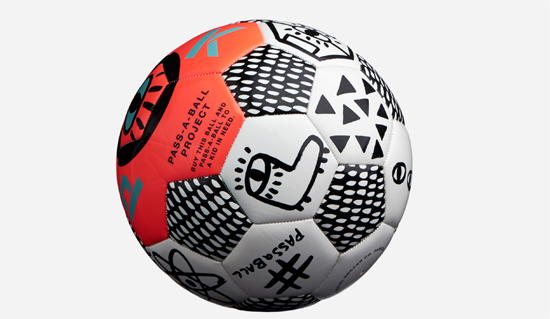 Hearing: The Blaze, a French/Algerian duo.
Eating: Anything spicy.
Drinking: Tea.
Reading: The Emily Dilemma by Guy Sigley, a friend of mine who took a leap and wrote a couple of books.
Loving: Life and family.

What might you pass on this week kind kin?