For those of you who have kids you may have had the good fortune of meeting interesting people through mother’s groups, standing in the freezing cold at Auskick or waiting in the wings at swimming lessons. You kind of get thrown into a random parenting stew to work stuff out together, swap anecdotes and if you’re really lucky, make life-long friends.

I met Claire while waiting for our sons to finish their first 3 year-old session at French kinder around eight years ago. I’m sure she made the first move. Her red hair, smiling eyes and intense curiosity in people give her a kind of presence that you can’t help be drawn into. She wants to know your story. She wants to find common ground with you. She wants to make connection, and connections. Working to these strengths and through a series of small incremental leaps she unwittingly created Australia’s premium boutique home, lifestyle and kids trade fair, Life Instyle. Joined by husband Thibaud, together they grew the fair to be one of the most successful independently organised events in the country.

After selling the business in 2010, and leaving her trade fair business identity behind Claire has kept leaping, following hunches, trying new things and juggling family, life and work. Claire lives without regret, and even in the toughest of times finds creative ways to make things work. She may never have become the art teacher she trained for, but she lives her life bringing beauty, art, wholeheartedness and the occasional Broadway show tune to all those around her. And every week, we’re still standing in the school ground waiting for our (now preteen) boys to finish their French classes. Read on for Claire’s leaping story… 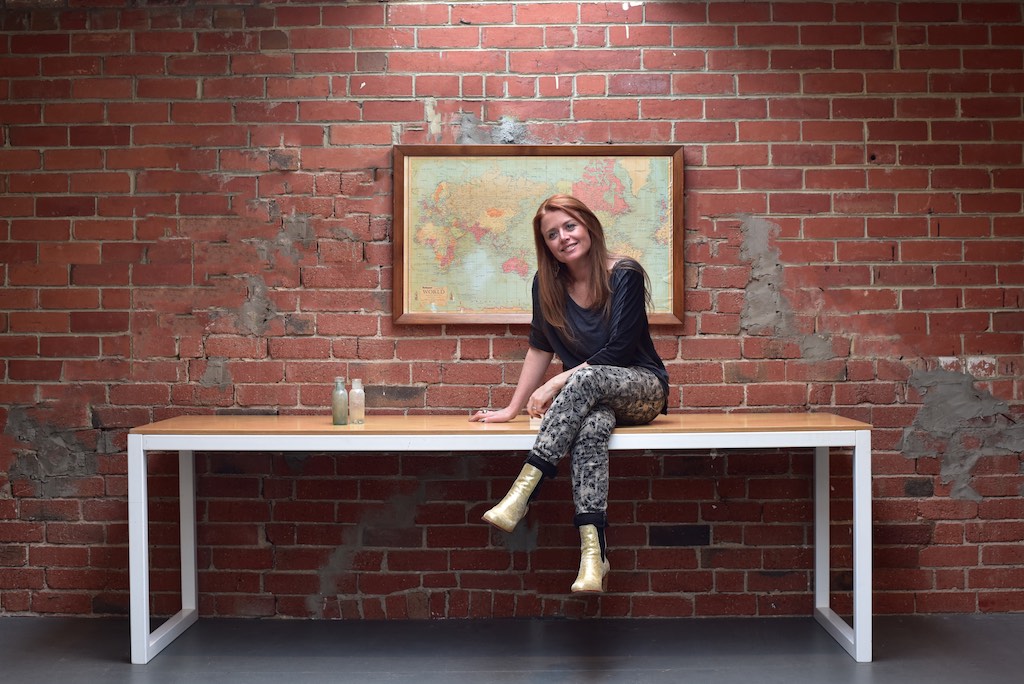 Ok, so I have no strong memory of this, but I think I always wanted to be a performer. When I was five, I stood in my seat during a live performance of Annie and sang ‘Tomorrow’ with the official Annie, to close the show. My red hair giving me the right, in my mind, to be part of the production.

After that, I really wanted to be a visual merchandiser like my mum had been. She used to make the props and puppets for the Myer windows in the 60s. I loved following a VM around during work experience week, especially when it was mostly setting up Christmas decorations. From there, I thought I wanted to be a carer and a teacher… Today, I suppose I am all of those things.

At Melbourne Uni I studied a Bachelor of Education in Visual Arts allowing me, after four years, to be a Secondary Art Teacher, majoring in textiles.

I have never entered a classroom since finishing the course.

The most pivotal part of my final year there would have been that I decided to be the student that organised the end of year exhibition. I chose the venue, named the event and was one of two students who actually sold a piece. Looking back I was not as creative as the others but definably more aware of what the audience wanted and how to give it to them. I sold a piece of sculptural textiles for $500 which I put towards my ticket to Europe in 1996.
During these years I also performed with local musical theatre companies in various shows, indulging my love of music, dance and theatre.

Sometimes you don’t realise you’ve made a leap until you are safely on the other side. Naively, I entered the world of trade fairs in 2002, when we were unable to secure a place in a large corporate show for a brand we were representing from France. I thought, why not start our own trade fair? So we did with four other small businesses (one of which is now a big business – kikki.K).

From five, we became 20 and then 40 and so on. The leap seemed small because they were little steps with not a huge amount at stake financially. We were also young and a bit naive. Looking back, we were very brave, and there were times, when our children were very small and the workload was endless that I really wonder how we did it all. We inadvertently took on the big corporates and, dare I say, we won.

We created a boutique trade fair filled with like-minded exhibitors who shared the same aesthetic values and beliefs and, together, we created something truly wonderful, Life Instyle.

Selling the business to the corporates in 2010 was a huge leap within itself. It meant that I could no longer hide behind the hat of being the ‘Life Instyle Girl’ and that I would need to really see where my strengths were and what made me tick. It has been a strange transition with a few odd turns along the way but the path is looking clearer and my new leap is now in process (Two Fold Projects, Le’choppe De Marius 1910 and assisting husband Thibuad with a new designer furniture fair, Den).

Before starting Life Instyle I was importing a range of fragrances and bath products form France, then hitting the road and selling my wares in beautiful homeware stores. 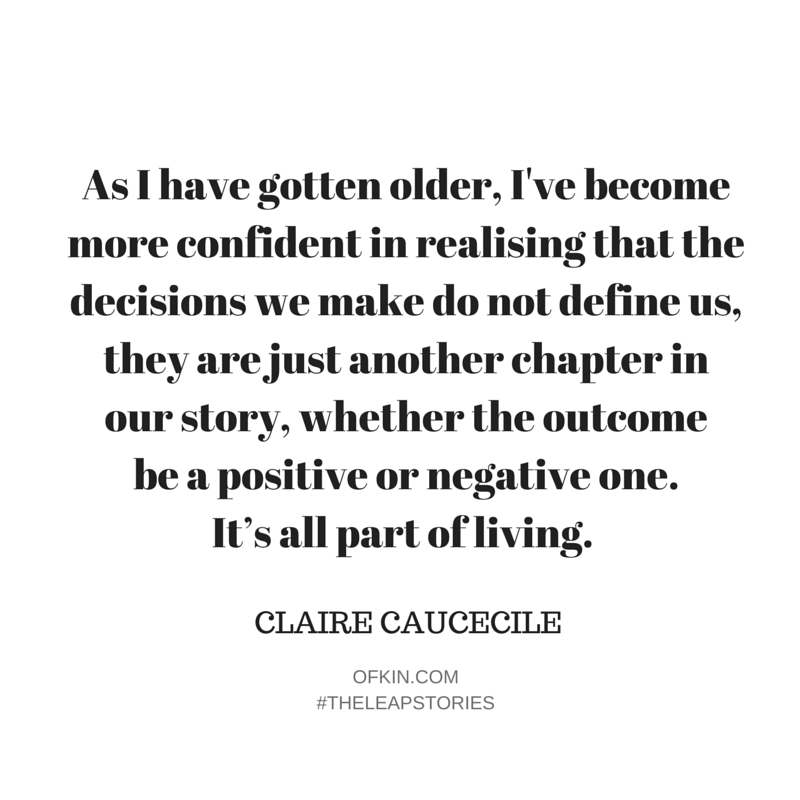 My husband Thibaud has been a huge influence, as this man is not limited by his qualifications. He has pushed me into the uncomfortable zone many a time, and dare I say he has mostly been right in doing so. I think that it was the combination of our characters that allowed us to get to where we did with Life Instyle.

Going back to my uni days, I used to waitress for a friend’s mum. Guida Pedly had an amazing restaurant in Beaumaris where I worked during weekends. Guida taught me how to handle stress and difficult people with wit and charm. To never allow people to get the better of me and to really decide what was important and what wasn’t. At the end of a shift we always came together to laugh about the night, share a meal and enjoy the moment, albeit at 2am.

My dad, Greg, has been a consistent influence. He recently retired after working for, and in the later years running, a furniture manufacturing company in Melbourne. My dad was truly respected by all. From the factory staff, to the office staff through to the directors of large retail chains, Dad treated everyone with the same respect, and shared his time with them all. A great lesson to remember in business and, if all else fails, have a couple of jokes up your sleeve. 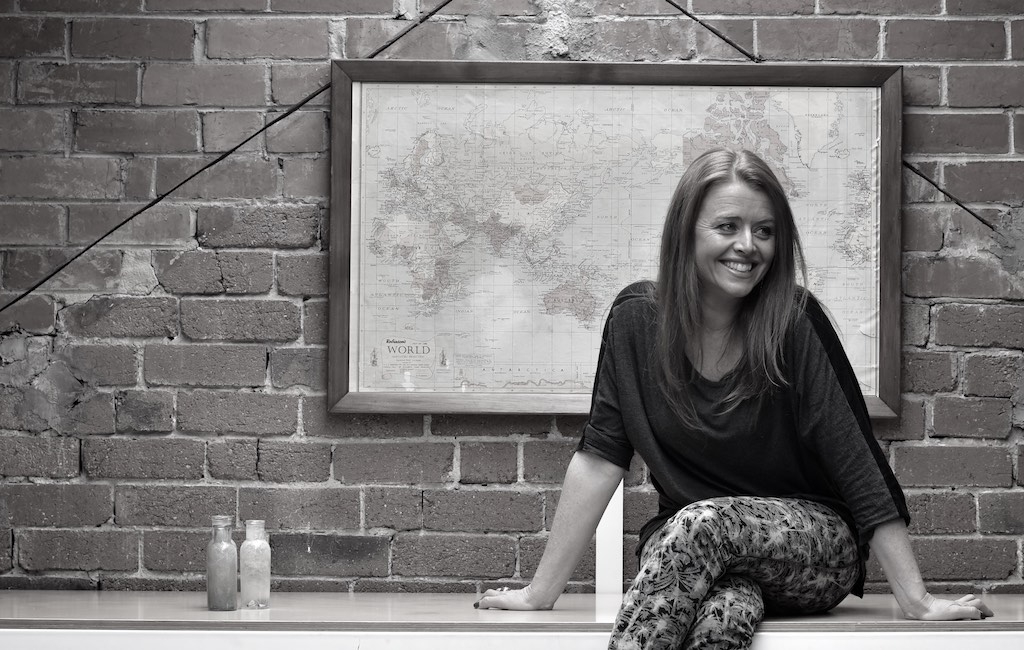 Before I took the leap, I made sure I felt that I had a great idea and a true belief in that idea, which meant that when I talked to people about my business, they knew it came from a genuine place. A sincere concept is easy to sell to people who share your vision.

[Tweet “‘A sincere concept is easy to sell to people who share your vision.’ Claire Cau-Cecile #theleapstories”]

When I’m unsure about a decision I need to make I often imagine I am giving advice to one of my friends. I’ve been told I’m a good listener. It’s then that I realise how much you can hold yourself back. As I have gotten older, I’ve become more confident in realising that the decisions we make do not define us, they are just another chapter in our story, whether the outcome be a positive or negative one. It’s all part of living.

How would you rate your level of happiness about making your leap? 1 being sad, 10 being rad.

You’re able to recognise how much you’ve grown as a person, due to having pushed yourself into, and through, those uncomfortable places.

What’s the biggest downside to making the leap?

When things don’t always go to plan you can really beat yourself up about the decision you made. But, as we all know, regret is a waste of time.

My next leap will be moving into the world of interior styling. For some reason, I’ve struggled with owning this title, even though it’s something I have always done. It just feels a bit weird to tell people that that’s what I do. 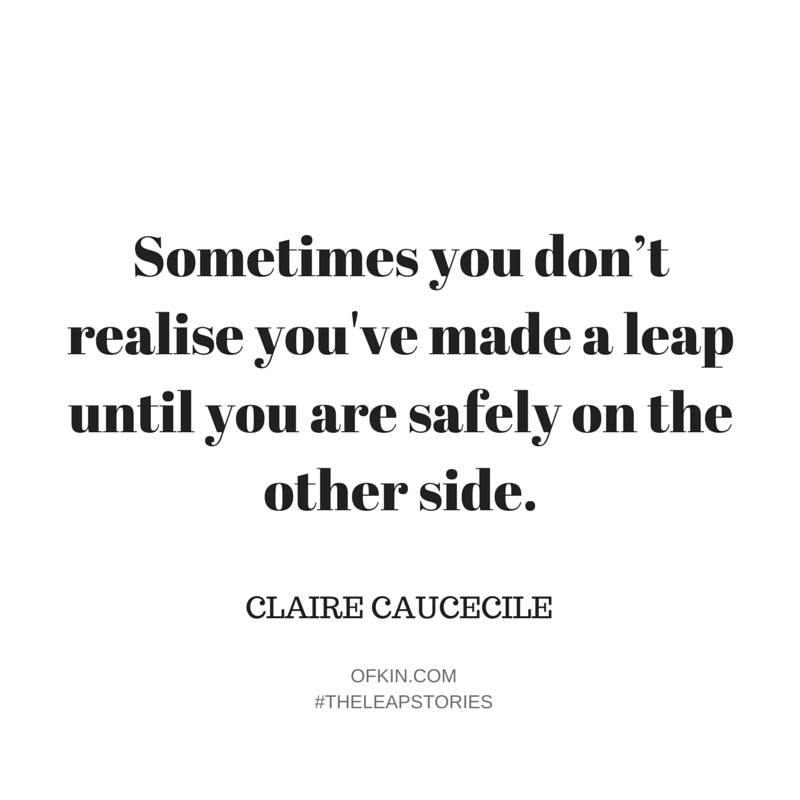 ‘Don’t give up just before you win’ – it’s a line from a song called The Gift by Glen Hansard. I remind myself of this daily. Every day life throws a test at us, it’s up to us what we do with it.

[Tweet “‘Every day life throws a test at us, it’s up to us what we do with it.’ Claire Cau-Cecile #theleapstories”]

My mum, Jenny, is a beautiful artist who has always put her family first. Just this year, amongst babysitting and helping us all out, she produced an amazing series of landscape paintings for an exhibition. She is so humble and really unaware of her talent. She is a true artist.

Don’t overthink it or you will never do it…

Hearing: Love, love, love all types of music. Spontaneous iTunes radio – singer/songwriters are my fave.
Eating: As little as possible! Well, not entirely true. Feta and avocado mash on toast is a meal at anytime of the day.
Drinking: Pisco Sour!
Reading: Books to help me be a better mother.
Loving: ONCE the musical. I loved it.

Thank you so much Claire for being a part of The Leap Stories and for sharing your numerous leaps with us! Big and small, this lady knows what it’s all about. Who’s got a leap in mind right now?