LET’S MEET YOU WHERE YOU’RE AT

Our curricula focuses on humanising work, and exploring how we work from the inside out. By doing this, we can make our boardrooms, classrooms and lounge rooms braver places to live, love, parent and lead.

We work with individuals, teams and organisations at all levels across Australia.

Below we have outlined the courses we specialise in. Let’s dive in… 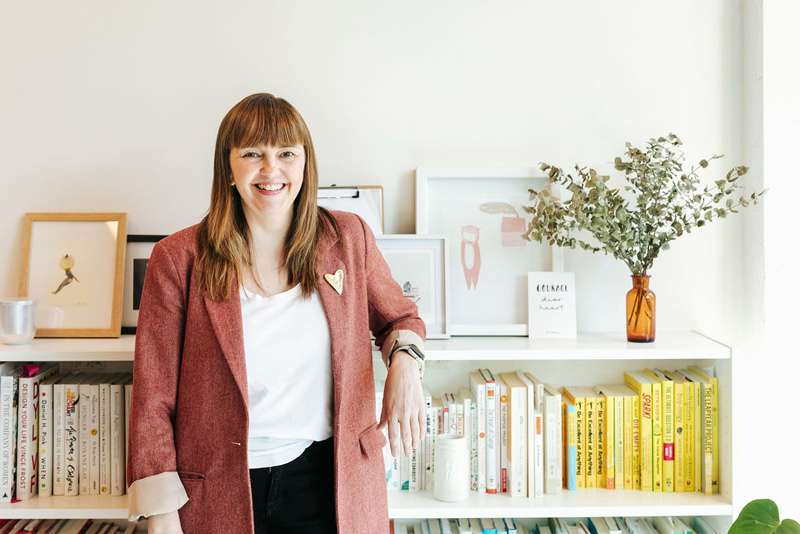 ‘Leadership is not about titles or the corner office. It’s about the willingness to step up, put yourself out there, and lean into courage. The world is desperate for braver leaders. It’s time for all of us to step up.’
– Dr Brené Brown

Dare To Lead™ is an evidence-based leadership development program for leaders, teams and organisations.

Delivered as a real-time, interactive online workshop by Melbourne-based experienced Certified Dare To Lead™ and Daring Way™ Facilitator, Kylie Lewis, this workshop will change the way you lead in all arenas of your life.

Featuring a comprehensive official workbook and three hours of exclusive video content of Dr Brené Brown recorded specifically to support the workshop curriculum, it’s like having Brené in the room with us.

Over 24 hours of curriculum, we explore the four skills of courageous leadership:

The Dare To Lead workshop has been a transformative experience. Kylie is an outstanding workshop facilitator with a real zest for supporting the growth of people. This experience has provided me with an abundance of new tools and skills as well as a greater sense of awareness of me as a leader.

‘We must be guardians of spaces that allow students to breathe, be curious, and to explore.’
– Dr Brené Brown

This course explores the Dare To Lead™ curriculum, specifically in the context of educational settings.

All attendees received a Certificate of Training upon completion.

‘It is not the critic who counts; not the man who points out how the strong man stumbles, or where the doer of deeds could have done them better. The credit belongs to the man who is actually in the arena, whose face is marred by dust and sweat and blood; who strives valiantly; who at the best knows in the end the triumph of high achievement, and who at worst, if he fails, at least fails while daring greatly.’
—Theodore Roosevelt

Every day we experience the uncertainty, risks, and emotional exposure that define what it means to be human. Based on twelve years of pioneering research and based on the book of the same name, Daring Greatly™ helps participants to dispel the cultural myth that vulnerability is weakness and discover that in truth, it is our most accurate measure of courage.

Vulnerability is both the core of difficult emotions like fear, grief, and disappointment, and the birthplace of love, belonging, joy, empathy, innovation, and creativity.

Daring Greatly is not about winning or losing. It’s about courage. In a world where “never enough” dominates and feeling afraid has become second nature, vulnerability is subversive. Uncomfortable. It’s even a little dangerous at times. And, without question, putting ourselves out there means there’s a far greater risk of getting criticised or feeling hurt. But when we step back and examine our lives, we will find that nothing is as uncomfortable, dangerous, and hurtful as standing on the outside of our lives looking in and wondering what it would be like if we had the courage to step into the arena—whether it’s a new relationship, an important meeting, the creative process, or a difficult family conversation. Daring Greatly is a practice and a powerful new vision for letting ourselves be seen.

YOU’LL LEARN HOW TO

During the course, you’ll explore the foundations of daring greatly. Through videos, a course journal and thought provoking prompts, you’ll explore what it means to dare greatly in your own life.

“When we shut ourselves off from vulnerability, we distance ourselves from the experiences that bring purpose and meaning to our lives.”

‘When you deny the story, it owns you. When you own the story, you get to write the ending.’
– Dr Brené Brown

Rising Strong™ workshop is a research-based program about what it takes for us to get back up after a fall, setback disappointment through owning our stories of struggle. Rising Strong™ helps you explore how to show up wholeheartedly in all arenas of your life to become the best, most authentic version of you.

“The physics of vulnerability is simple: If we are brave enough, often enough, we will fall. When we take risks in our lives, we will inevitably experience disappointments, hurts, failures and heartbreak. Rising Strong is about what it takes to get back up and how owning our stories of struggle gives us the power to write a daring new ending. Struggle can be our greatest call to courage and the clearest path to a wholehearted life.” – Dr Brené Brown

Throughout the course, you’ll be guided through the process and tools of rising strong. Through reflective exercises, personal exploration and exclusive videos from Brené Brown created specifically for Rising Strong™ participants, you’ll have the opportunity to own your story and write a brave new ending in a safe, supportive and positive environment.

The Rising Strong™ Workshop is designed to address your personal goals, relationships, professional and creative lives.

YOU’LL LEARN HOW TO

THE GIFTS OF IMPERFECTION™

‘Owning our story and loving ourselves through that process is the bravest thing we’ll ever do.’
– Dr Brené Brown

From Brené Brown’s bestseller The Gifts of Imperfection™, this course helps participants find the courage to overcome paralysing fear and self-consciousness, strengthening our connection to the world and helping us to believe we are worthy of self-discovery, personal growth, and boundless love. Using Brené’s groundbreaking research this program explores the psychology of releasing our definitions of an “imperfect” life and embracing authentic living.

This course creatively explores the ten guideposts for wholehearted living that are benchmarks for authenticity that can help anyone establish a practice for a life of honest beauty—a perfectly imperfect life.

Now more than ever, we all need to cultivate feelings of self-worth, as well as acceptance and love for ourselves. In a world where insults, criticisms, and fears are spread too generously alongside messages of unrealistic beauty, attainment, and expectation, we look for ways to “dig deep” and find truth and gratitude in our lives.

A new way forward means we can’t hold on too tightly to our own self-defeating thoughts or the displaced pain in our world. Instead, we can embrace the imperfection.

‘Choosing courage over comfort is not easy. Worth it? Always. We want to be brave with our lives and work. It’s why we’re here.’

She is an accredited facilitator of Dr Brené Brown’s The Daring Way™ and Rising Strong™ curriculum, and a graduate of Dr Judith Glazer’s Conversational Intelligence™ program and Tara Mohr’s Playing Big™ Facilitator Training and, is currently studying systemic team coaching Peter Dawkins at the Global Team Coaching Institute. She was a fitness instructor for over 10 years, so moving bodies, as well as hearts and minds, is in her toolkit. 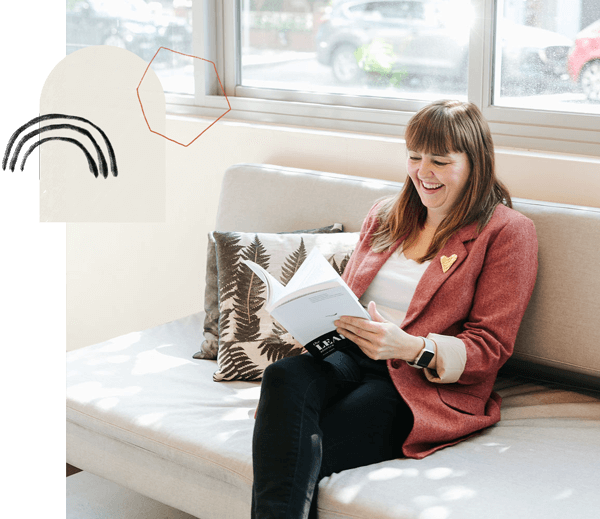 You may be wondering…

I’d like to run one of these courses for my team. Do you run these inhouse?

Yes, each of these courses can be customised to suit the needs of your team and your organisation.

Do you run these courses as programs for the general public to attend?

I work in a school / not for profit / health organisation. Can you offer these courses flexibly to suit our needs?

Absolutely. All courses can be delivered either inhouse or online, and designed as full days or a series of short webinars and everything in between.

Enquire on bringing this workshop to your workplace, or visit our shop to join our courses open to the public.

The sustainable path to courageous leadership.
View our services >

Are you a like-minded kin?
Subscribe to join us >

Today, and everyday, we pay our respects to past and present Traditional Custodians and Elders of the land on which we live, love and learn; the Wurundjeri people of the Kulin Nation.

As residents of Naarm, we acknowledge we benefit from unceded, stolen lands for which a treaty has yet to be negotiated, and as such, every month we pay the rent. These lands always were, and always will be Aboriginal land.

We also acknowledge the enduring leadership, resilience, wisdom, kinship, culture and connection to Country of Traditional Custodians despite centuries of systemic oppression, which continues today.

Today and everyday, we also acknowledge that we are in the sixth mass extinction and contributing to human-caused climate breakdown. Our home and workplace were once beautiful bayside Country, and home to the Aboriginal people of this region. We honour their relationship to Country as being of it and inseparable from it. As such, we commit to honouring their role modelling of being good ancestors by continuing to work towards inclusive climate and social justice, for this generation and all that follows.